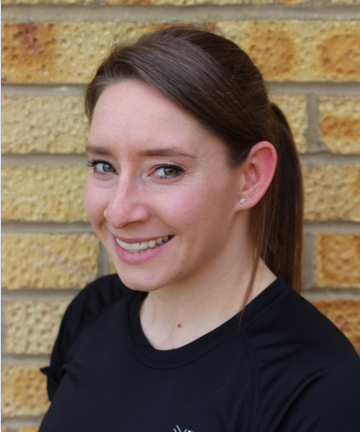 Aimee has been involved in gymnastics for over 24 years both as an accomplished gymnast and coach. In her gymnastics career she competed in the Women's Artistic discipline, representing both the County and Region for various levels at national grade/voluntary competitions. She became the County and Regional champion for 3 consecutive years and was also a member of the County and Regional squad for a number of years. Currently she is coaching recreation, floor/vault level and has previously coached 6 junior Women’s Artistic gymnasts to County/Regional level competitions at a local club, and in her spare time helping to coach at an after school club.

Now Aimee is looking to offer 'Breakfast, Lunch and After school clubs' in Primary schools locally, passing on her knowledge and passion for gymnastics to children aged 4+ of all abilities at ACE School Gymnastics.

Breakfast, Lunch and After school Club

These sessions can run in the morning, lunch-time and after achool, on the same day or separate days for 30min-1hr session a week. Each group can have 8-10 children of the same age band.

Day (s) to be arranged with school.

Fees
£3- £5 per child each session. This is to be paid up-front at the beginning of term by parent(s)/guardian.

What can the children learn?

Gymnastics is a great way to get children active, learn gymnastics moves and teaches vital life skills like- self discipline, spacial awareness, listening, coordination, making friends and most importantly having fun whilst enjoying sport.


There is also an opportunity to undertake the British Gymnastics proficiency awards (badge and certificate can be purchased when achieved).

Hall space to carry out sessions and access to equipment, such as:

Springboard, safety mats and any other equipment available
Children can wear their PE clothes or a leotard, hair must be worn up and No jewellery is allowed.

Consent and payment forms to both be completed and handed into either the school office or Aimee at the begining of term, please click to download forms.

Aimee is the most wonderful, caring and capable coach we have been lucky enough to know and even though she sadly no longer coaches my daughter we still consider her to be a friend.


My daughter started gymnastics at the age of four and Aimee started to coach her around the age of seven when my daughter moved into the artistic squad at the gym club. Aimee achieved so much with my daughter in the 3 years she coached her that she ended up competing at the highest level the club had seen for many years, in fact since Aimee competed at that level herself. She recognised potential in my daughter and encouraged her to push herself to the best she could possibly be whilst ensuring my daughter continued to maintain the love for the sport.


Aimee wants to get the best out of the children she can yet is always mindful of recognising any worries the children may have and making those worries go away. It is unusual in gymnastics to have such a kind friendly coach who achieves such good results and always has the children best interests at heart. Aimee will be an asset to any school or organisation that can take advantage of her skills and personable nature.

Aimee took over as my daughter's coach soon after she joined her gym's artistic squad at the age of 6. At that time my daughter had only been involved in gymnastics for about 6 months so was a newcomer to the skills required to perform on floor, bars, beam and vault. In the years my daughter trained with Aimee, she went from strength to strength, growing not only as a gymnast but also as a confident young girl. Watching her compete at regional competitions it was hard believe this was the same child who would hide at the back of her group in school performances refusing to participate.


There is no question that Aimee played a major role in this development. Her methods of training achieved a highly successful balance of rigorous instruction together with nurturing and support which was incredibly motivating and enabling. With Aimee as her coach my daughter developed as a confident, competitive gymnast, acquiring a self- belief which has benefitted her in many other areas of her young life. I would have no hesitation in recommending Aimee as a gymnastics coach to all age groups whatever the level of ability.